The Financial Power of the Champions League 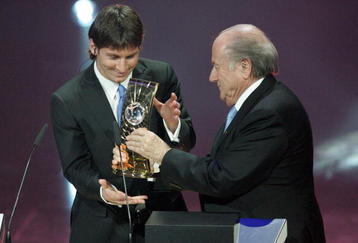 The BBC had a story  recently that the clubs that have qualified for the knockout stages of the Champions League this season have already pocketed on average 50m euros (£45m) from the competition.

The 50m euros is comprised of 14m euros in participation and prize money, 12m euros from UEFA’s commercial deals, 8m euros from the club’s own sponsors and merchandise sales, and 6m euros from increased player values according to Simon Chadwick, professor of sports business strategy at Coventry University, who conducted the research.

In the group stages, French champions Bordeaux were the most successful team, picking up 16 out of a possible 18 points. UEFA pays win bonuses per game—800,000 euros for a win, 400,000 euros for a draw, and nothing for a loss—and as a result that success on the field earned Bordeaux 11.5m euros in prize money, more than any other team.

Next come Chelsea and Fiorentina, which have won 11.1m euros. Arsenal, Manchester United, Lyon, Real Madrid, and Sevilla have all made 10.7m euros.

This season a lot of traditional European powers like Liverpool and Juventus will find themselves playing in the Europa League and not the Champions League. From a bottom line perspective, the different between the two tournaments is huge according to Professor Chadwick.

“The Champions League is the premier European football competition, offering commercial revenues far in excess of the Europa League. In no way are [the two competitions] comparable,”

The 50m euros that the 16 teams who have reached the knockout stages of the Champions League have earned after playing 6 games is more than the revenues of at least half the teams in the Premier League, and that is the richest league in the world. To put that number in perspective, you could probably buy Portsmouth for less  than that.

I don’t know what the answer is, but UEFA is facing a situation similar to baseball in the U.S., where only a handful of teams have a chance to win a trophy in any given season. Unless a team gets a rich Arab owner who is willing to plow hundreds of millions into the team (a tactic that Platini wants to ban) then what chance does a mid-table team have of winning?